Musician Ela Minus and DJ Python unveil ‘Kiss U’ 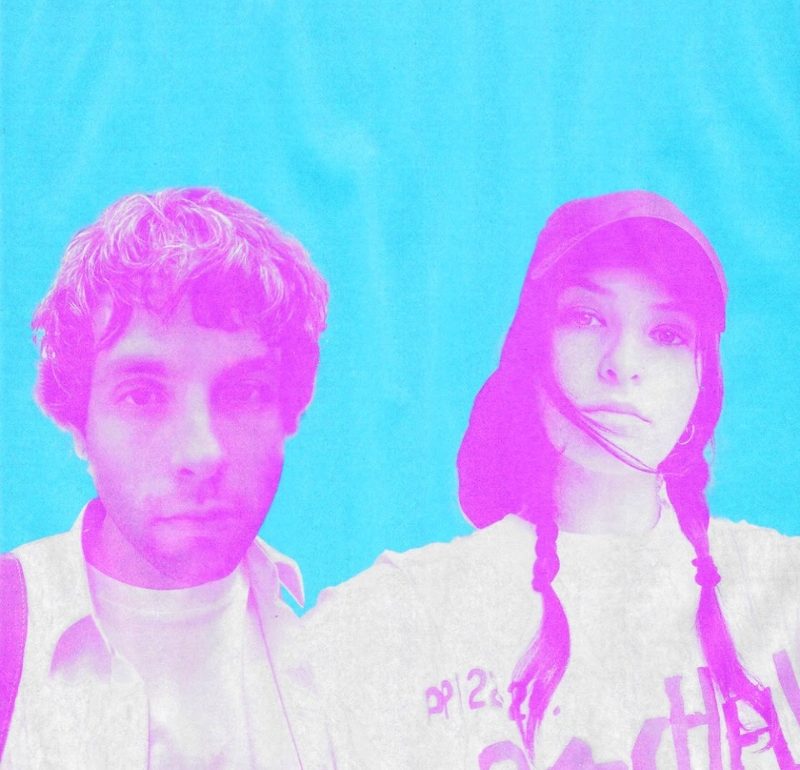 Today Ela Minus and DJ Python (Brian Piñyero) share ‘Kiss U’, the opening track of their collaborative EP ♡(referred to as “corazón”), ahead of the record’s release this Friday, September 16 on Smugglers Way. ‘Kiss U’ stitches stuttering breakbeats and cosmic synth debris under Ela’s echoed chants about open, interdependent love: “I’m not holding on / and I’m not letting go.”

Listen to “Kiss U” here.

“From kaleidoscopic drip and the shudder of a rattlesnake tail, the Colombian and NYC producers create a spellbinding portrait of home.” – Guardian

“Steeped in love and tenderness… Confronted with such plainspoken beauty, you’ll probably be adding it to your own list of blessings before it’s even over.” – Stereogum (#1 Best Song of the Week)

“Bright tones and crunchy percussion of DJ Python’s sparse production—made with a single sampler and synthesizer—echo some of Minus’ own early singles and give her words room to breathe. The result is a score well-suited for heading into—or out of—quarantine, a lament that’s tempered with hopefulness for moments to come.” – Pitchfork

“A tender lament set against minimal percussion.” – Our Culture

Ela Minus released her subversive debut LP acts of rebellion in 2020 on Domino. The record won acclaim for its cerebral brand of dance music and was hailed as “a debut album of electro-pop that’s brawny, brainy, and boundless” by The Fader. DJ Python has developed his ambient reggaeton sound throughout three innovative full-lengths – including Mas Amable, named Resident Advisor’s #1 album of 2020 – and, most recently, his Club Sentimientos Vol. 2 EP, which Pitchfork called “a meditative, airy paradise of sound that glides high above the rhythms below. It’s a pleasure to watch him soar.”

♡ is the fruit of a budding friendship. After Ela Minus commissioned DJ Python to create an official remix for acts of rebellion, they began texting each other book excerpts, film recommendations, and song links. “We always have philosophical conversations about love, living, or places to live,” says Python. Some of the music they exchanged included Tricky’s debut album, the pop-new wave sounds of Belgian band Bernthøler, and the English electronic musician Leila. But it wasn’t until Python introduced Minus to Witch, a 1993 album by the cult trip-hop experimentalist and poet Leslie Winer, that the spark for musical collaboration flared.

♡is an avowal of love as a radical, everlasting practice. Minus and Python imagines love as an act of affirmation and generosity, a pursuit of reciprocity free of control. Python created the instrumentals primarily with an Octatrack sampler and a Virus TI Snow digital synth, and Minus wrote all of the lyrics and vocal melodies. Minus explains that focusing exclusively on lyrics and vocals was refreshing since she’s accustomed to producing her own songs. “It’s way more intimate and vulnerable,” she says. “I want people to listen to the songs and feel like I’m holding onto them. I’m giving people a place in this EP where they can feel like they belong.”

The ♡EP is available on 12″ and digitally on September 16, 2022, on Smugglers Way. Instrumentals of all three tracks appear exclusively on the 12”. A limited edition 12″ is available to pre-order now via Smugglers Way & Bandcamp and features a hand-screenprinted jacket by Ela & DJ Python.